Home / Office of the President

Office of the President 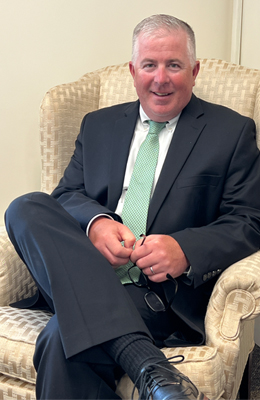 Dr. Brian Bicknell became president of Manchester Community College in 2020. Previously, he served as Vice President of Academic Affairs at MCC from 2016 to 2019. As MCC’s vice president, he provided leadership in development of market-driven academic programs focusing on student learning and success.

Bicknell joined MCC following a six-year tenure at Benjamin Franklin Institute of Technology (BFIT) in Boston, where he most recently served as Dean of Academic Affairs. From 2004 to 2011, Brian was the Dean of Students at Montserrat College of Art in Beverly, MA. Prior to his position at Montserrat, he was Director of Housing and Residence Life at The Boston Conservatory and began his career at Fitchburg State College directing student activities.

Dr. Bicknell attained his doctorate in Higher Education from The University of Massachusetts Boston, presenting his dissertation on “How Community College Presidents Frame the Purpose of Higher Education.” He received his Master of Mental Health Counseling from Fitchburg State College and his bachelor’s from Fairmont State College. As a college administrator for more than 15 years, Brian also relishes his role in the classroom and has served as adjunct faculty at Endicott College, Northeastern University and BFIT.