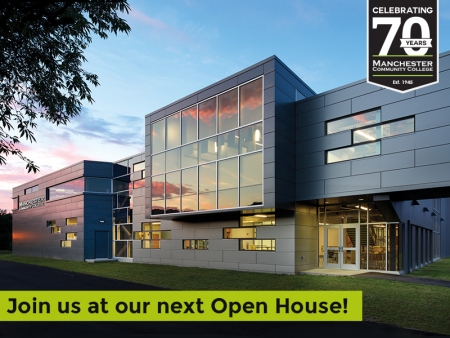 While the cost of a college education rises higher, some students are saving money by starting their higher education at one of New Hampshire's community colleges.

Michael Whitney is a heating and cooling service technician. He has been in the industry for a few years, and he said he owes it all to Manchester Community College.

"This is one of the only schools in the area that offers a degree in HVAC, so I could come out with an associate degree," he said.

Whitney completed the program and now works for Dowling Corp. in Portsmouth.

"Pretty much everyone who works there has come to this school and gone through this program," he said. "It makes for a great working environment there."

MCC is part of the New Hampshire Community College System, which consists of seven colleges and three academic centers. The schools offer a wide range of associate degrees and certificate programs and serve approximately 27,000 students annually, 40 percent of whom are over the age of 24.

"I went into it with my eyes open," graduate Vicki Carter said. "I'm not going to tell you I wasn't scared."

After 25 years, Carter said she needed a change, and that's what led her back to school.

"I came to Manchester Community College because one, it's affordable," she said. "They provide a quality education, and most importantly, they have a dual admission program with Southern New Hampshire University."

Students can transfer their credits to a four-year college or university to complete their schooling and receive a bachelor's degree.

Enrollment within the community college system has doubled since 2000.

"We don't offer housing, but other than that, we offer everything else," Great Bay Community College President Will Arvelo said. "We offer athletics. We offer excellent, quality programs across the board."

There was consistent growth in the system from 2001 to 2011. Since that time, the upward trend has leveled off, but the number of students enrolled is still historically high.

"Over time, we have seen a significant increase in younger students coming out of high school and wanting to start with us because they eventually want to end up at the University of New Hampshire or Granite State (College) or SNHU," Arvelo said.

Davin Harding is one of them.

"I could have gone to other universities to play basketball, but I decided to come here," Harding said.

Harding is attending Great Bay Community College and is playing on the school's new basketball team.

"I'd be paying 10 times more if I went to all the other schools, and it's the same education, if not better," he said.

Harding said small class size was also a draw. That opinion was shared by biotechnology students C.J. Penniman and Phani Kolipaka, who will be graduating this year.

"They would let me go at my own pace," Penniman said. "I could do night classes. I could day classes. It was convenient. It's on the Seacoast, very close to where I live."

"The program was comprehensive, giving me the absolute insight that I required into the industry, and the main thing was that it was very affordable to me," Kolipaka said.

It costs about $6,000 per year to attend community college in New Hampshire. The state has frozen tuition for the past three years, and the system is growing. An academic center is scheduled to open in Lebanon in 2016.