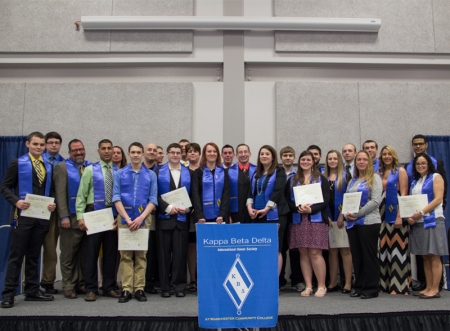 Manchester Community College's chapter of Kappa Beta Delta inducted 41 new members on Friday, May 8th. Membership in the international business honor society is by invitation to business students at community colleges who have at least a 3.5 GPA, and who are in the top 20% of their class.

View photos from the induction.

Among those inducted were:

Photos from the induction ceremony are available for viewing and downloading at https://photos.mccnh.edu/2015-kbd-induction