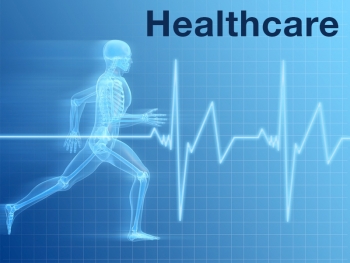 This may seem a silly way to talk about chest pain, a stress fracture or bubonic plague, but it's part of what makes the world of health care go round – which explains why a community college has launched a big, online-only course to teach it.

"Coding isn't the most stimulating of topics," said Richard Boehler, president and CEO of St. Joseph Hospital in Nashua, when asked about a system called ICD-10 that assigned medical codes to ailments. "But it's important."

It's important enough that Manchester Community College is rolling out a series of online-only courses about ICD-10. It features eight modules aimed at doctors and nurses, technicians, people who do the billing and the specialized coders who work within the health information management departments of hospitals, medical practices and other health care facilities.

While far from the first online-only course from a New Hampshire community college, its scope is unusually large, drawing interest from rural health care providers around the state and potentially from out of state.

Online made particular sense in this case, he said: "We didn't want to have to take physicians out of their practices to take the course. … That wouldn't work."

The course was created with part of a federal grant that uses money collected from firms that buy H1-B visas so they can hire foreigners to come to the U.S. to work in health care jobs in hopes that Americans can learn to do the jobs themselves.

That $4.9 million grant has funded a variety of programs through the school, Athanas said, including helping hospitals train staff and helping defray costs for students in health care classes. The ICD-10 course, which mostly uses nonproprietary material, cost relatively little to develop, he said.

ICD-10 must be used by all health care providers by October 2014. It isn't required under so-called Obamacare, but has been in the works for years, although it will be an important part of the upcoming emphasis on electronic medical records.

Why such interest in medical codes? It boils down, like much in life, to money.

Government agencies or insurance firms won't pay hospitals or practices for medical procedures unless they think the treatment was needed, which requires information about a patient's condition.

"There are lots of reasons that people get kidney failure – dozens of reasons," Boehler said. "What ICD-10 does is it asks us much more specifically what was the reason that the patient had acute kidney failure.

"Some are associated with a more lengthy time in the hospital, greater expense than others. It might be chronic kidney failure, and you've got to dialyze me for a couple of days, as opposed to I came into the hospital with a serious illness and as part of that, I developed acute kidney failure, and for the first time I have to be dialyzed.

Making errors in coding can cost a hospital tens or even hundreds of thousands of dollars in reimbursements, so they spend a lot of time and effort trying to get it right.

"It involves 25 or 30 people," Boehler said of coding at St. Joseph Hospital. "It's not their full-time effort, but certainly a considerable portion of their work."

Auditing results is part of the procedure, too. There are internal auditors and external ones, known as recovery audit contractors.

"They're looking at what's been documented, determining if there was medical necessity … are we coding appropriately, admitting patients appropriately," Boehler said.

Nonmonetary advantages exist to accurate coding, too, since it helps health care use what's loosely known as "Big Data" to analyze and improve operations. Knowing exactly what brings people into the hospital and what happens to them when they're there is the first step to improving the system, hopefully making it cheaper and better.

Since this is the 10th iteration of ICD, which stands for International Classification of Diseases, the idea is hardly new. In fact, Europe has been using ICD-10 for a while, and is starting to transition to ICD-11.

Still, the move from ICD-9 is a big jump.

"What's different is the level of specificity when it comes down to the coding – it has expanded the number of potential codes roughly tenfold," Boehler said.

Categories such as "Diseases of the blood and blood-forming organs and certain disorders involving the immune mechanism" have scores of subcategories, whereas "diseases of the respiratory system" has more divisions that you can count, including "carbuncle of the nose" and "coalworker's pneumoconiosis."

"The vast majority of these codes are unlikely to be encountered in any given area," Boehler said. "I'm guessing most workers will use between 15 and 20 percent of the codes, depending on the industry you're in."