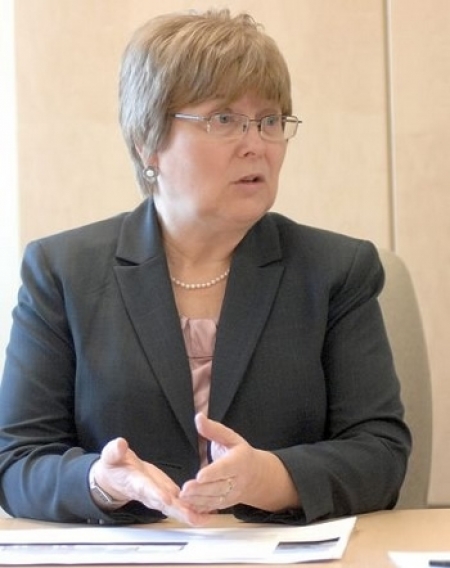 Manchester Community College will build its first-ever student center this year, a $6 million project, and is launching a multimillion-dollar upgrade of its welding, computer science and automotive programs.

Manchester Community College, which has undergone eight incarnations since its founding in 1945 as the State Trade School Manchester on Webster Street — is among seven schools in the community college system sharing $25 million in capital improvement funds approved by the Legislature for the biennium that ends June 30, 2013, according to MCC President Susan D. Huard.

The Manchester campus received $9.5 million and will spend $6 million of it on the new student center and $3.5 million on academic improvements.

The $6 million student center would be a first for the college that opened at its current site in October, 1966, school officials said.

It will be financed through a state bond which will be repaid over 10 years through a $5 per credit fee that students will be assessed beginning July 1, Huard said.

"When the bond is paid off, there will be no state money that went in to the student center," Huard said.

The expansion and renovation projects are the latest chapter in the community college's ever-evolving mission to provide flexible, affordable educational programs that produce graduates with job skills needed for a changing economy, Huard said.

"The college is evolving to serve the people who live here and the jobs that are needed. If we do our jobs right, we will create middle-class taxpayers. That's what we are about," Huard said.

"Essentially, our focus is on jobs and where are the careers that students are looking for to give them the ability to make a living wage and build their background," she added.

In addition, the school will expand its welding lab by 4,000 square feet and convert a former automotive classroom into an advanced manufacturing program, she added.

"We are going to bring advanced manufacturing back to Manchester Community College," Huard said.

The welding program has successfully placed graduates in jobs at area businesses and industries, she said. The advanced manufacturing program would specialize in training skilled machinists who are now in demand, she said.

MCC will be the third community college after Nashua and New Hampshire Technical Institute in Concord to get a student center.

The 28,000-square-foot center will replace an existing wing that now houses a cafeteria and lounge. It will include a renovated cafeteria and some offices where student organizations can meet, Huard said.

It also will feature the first assembly space large enough to host public and academic events, such as the annual pinning ceremony that is a tradition for the school's nursing students graduates, school officials said. Currently, nursing students must pay to rent outside space to hold the event. The assembly space also can double as a gymnasium, college officials said.

The new wing's glass-and-steel facade will face Interstate 293 and connect the upper floors of two sections of the school. It should be complete by next March.

The student center will also have a renovated, expanded student-run fitness center.

Tia Brien, 21, a third-year business student who serves on the Campus Activities Board, said it took her just a week to obtain the estimated 300 student signatures needed to present their case for a student center to the Legislature last spring.

Some students questioned why they should pay for something that wouldn't be open until after they graduated, but "agreed it would definitely benefit the whole college for years to come," Brien said.

Others, she added, asked, "Why couldn't this have happened a couple of years ago?"

Huard said the school's expanding and changing student population justifies a student center. About 35 percent of its approximately 3,300 students are enrolled in a traditional liberal arts program and intend to transfer to a four-year school once they earn their associate degree, Huard said.

MCC enrollment has steadily increased since the recession of 2008 as more — increasingly younger — students turn to community colleges for an affordable education.

"People think of us for technical education, but more and more people are looking at us as the affordable option and the flexible option for achieving a college degree," Huard said.

Just five years ago, most students were in their late 20s or 30s, had a family and job and "weren't looking to do anything else at school except take their classes and go home," Huard said.

The more than one third of the students now enrolled in a traditional liberal arts degree program are looking for more.