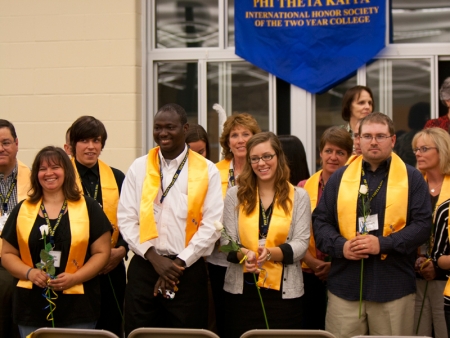 Fifty-four students have qualified for and accepted membership into the Phi Theta Kappa honor society at Manchester Community College, chapter Alpha Pi Rho. Since 1929, PTK has been recognized by the American Association of Community Colleges as the official honor society of two-year colleges. An induction ceremony was held September 16th at the college.

To qualify for membership, a student must have a grade point average of at least 3.5 and exemplify the qualities of scholarship, leadership, service and fellowship. The September 16th event recognized students who qualified from the Spring and Summer 2011 semesters.

From Alstead: Michael A. Hakey

From Salem: Elizabeth A. Zarnay