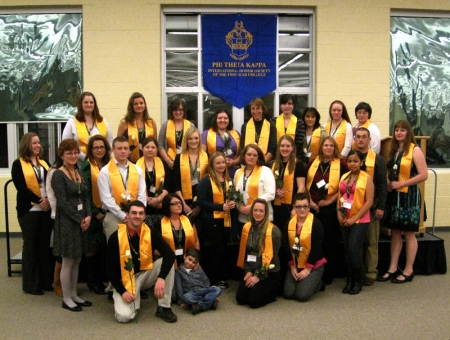 To qualify for membership, a student must have a grade point average of at least 3.5 and exemplify the hallmarks of scholarship, leadership, service and fellowship. The February 11th event recognized students who qualified from the Fall 2010 semester.